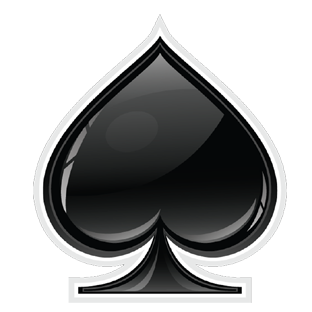 Dusk Till Dawn, 7 January 2020
$25,000+500 No-Limit Hold’em Millions Super High Roller
Igor Kurganov and Kahle Burns locked horns for the title and the lion’s share of the prize pool, with the final hand seeing the Russian all-in with pocket fours against the A-10 of Burns. Kurganov’s low pair remained best on the flop, although the Aussie picked up a gutshot straight draw. That straight came in when the jack of hearts landed on the turn. A meaningless 10 on the river completed the hand, busted Kurganov, and saw Burns win yet another major live poker tournament and take home $350,000.

Dusk Till Dawn, 8-12 January 2020
$10,000+300 No-Limit Hold’em Millions Main Event
Anton Suarez won the 2020 partypoker Millions UK main event, defeating a field of 530 entrants to win his first major live tournament title and $1,000,000. Ironically Suarez didn’t plan to play the Millions Main Event as he travelled to DTD hoping to play PLO cash games. There wasn’t a game running when he arrived so he entered a satellite and the rest is history.

Dusk Till Dawn, 10-12 January 2020
$10,000+300 No-Limit Hold’em Millions High Roller
Kahle Burns came close to winning his second high roller event at Partypoker Millions UK, but in the end it was Joao Vieira who took home the top prize. Beating a field of 95 entries, the Portuguese high roller crushed the final day, taking no prisoners at the final table. Vieira won $250,000, one of the biggest scores of his career.

PPPoker Festival, London, 15-19 January 2020
£300+40 No Limit Hold’em PPPoker Festival London
Paul Wimbledon was crowned the inaugural PPPoker Festival London Main Event champion after he came through a seven-hour final table to claim the trophy and £26,720. Players from all over the UK and Europe made their way to Aspers Casino Westfield Stratford for a piece of the action, with 571 entries accumulated over four starting flights. Wimbledon saw off experienced pro Gary Miller heads-up to claim victory and secured the biggest prize of his 15-year poker history. He went into the heads-up battle with a 2.5-1 chip advantage and the final hand came quickly. After the flop had fallen QH 7H 4S all the chips were in the middle. Miller revealed 9D 7S for middle pair and Wimbledon held the lead with KH KS. The QD turn and 3S river meant Wimbledon collected the pot and became the first PPPoker Festival London Main Event champion having qualified via the satellites.